Please Join us for the MLK Celebration Event on Saturday, January 25, 2020

Everyday our community and region is working to achieve the vision of Dr. Martin Luther King, Jr.  For the past 20 years, the MLK Committee in Sacramento has created an event that pays tribute to the life and legacy of Dr. King.  We invite you to commemorate, celebrate and be educated at the 20th anniversary event as we remember the work of Dr. Martin Luther King, Jr. and the tens of thousands of people who have fought and continue to fight for equality across the country. Join more than 700 people from all over the region as we pay homage to a man who has inspired generations of people.

The 2020 MLK Celebration Dinner Is SOLD OUT. Please be sure to purchase your tickets and sponsorship early for next year.

We look forward to partnering with you on our event. Click here to see event sponsorship opportunities.  In addition to your sponsorship, please consider sponsoring a student table for high school and college students. 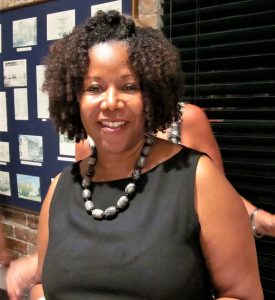 At the tender age of six, Ruby Bridges advanced the cause of civil rights in November 1960 when she became the first African American student to integrate an elementary school in the South.

Born on September 8, 1954, Bridges was the oldest of five children for Lucille and Abon Bridges, farmers in Tylertown, Mississippi. When Ruby was two years old, her parents moved their family to New Orleans, Louisiana in search of better work opportunities. Ruby’s birth year coincided with the US Supreme Court’s landmark ruling in Brown v. the Board of Education of Topeka Kansas, which ended racial segregation in public schools.

Nonetheless, southern states continued to resist integration, and in 1959, Ruby attended a segregated New Orleans kindergarten. A year later, however, a federal court ordered Louisiana to desegregate. The school district created entrance exams for African American students to see whether they could compete academically at the all-white school. Ruby and five other students passed the exam.

Dr. Hazel Mahone, a veteran educator, has taught at all levels of education, kindergarten – through the university. She has 2 masters degrees in education and psychology and a doctorate in educational leadership. She has worked as a principal, an assistant superintendent and served for six years as a superintendent. This position earned her the distinction of becoming the first female superintendent in Sacramento county.

Just prior to that honor, she became the deputy executive director of the California school boards association, where she remained for 6 years and assisted over 25 districts in their search for a new superintendent. At CSBA she created the prestigious public education hall of fame to honor and induct outstanding public high school graduates. In addition, she established the golden bell awards, which are presented annually to schools throughout California with exemplary educational programs.  Read More

James Jackson, the father, producer, vocal coach, actor and minister, began singing and directing choirs at the early age of nine years old. Jackson is also part of the Gospel Music Workshop of America members since 1979. James studied Music, Business and Choral. Jackson has tapped into his many musical talents, including: choir master vocal trainer, organist, keyboardist, drummer, music producer and song writer extraordinaire. Not only has Jackson has served several churches throughout the country, helping build their music ministries. James Jackson had the great opportunity to be coached by the “King of Gospel”, James Cleveland. Now the Ceo of his own Label I Sound Music for the last 15yrs, A&R rep for Indie/major labels, guest appearences on BET show “Boomerang” and one the artist for the TV-ONE ALLSTATE Gospelfest. James Jackson is now the proud founder and president of the I Sound Performing Arts of Sacramento. After a tragedy during 2015 the lost of his son James Jackson Jr,. to gun fire, he decided to dedicated his life to serving the children and youth of this community to give them a safe space in the arts and keep them motivated in a positive light. His endeavor to provide alternative and positive activities that will deter negative thinking, gang violence, and bullying. He is and always will be committed to empowering youth to be extraordinary in the arts.